I recently got the opportunity to attend my first Non-Profit Starter Pack (NPSP) Sprint and with the latest NPSP release fast approaching, this is a great time to share my experience.

The NPSP is largely built and maintained by volunteers, which is kind of cool when you think about it; a tool designed to help nonprofits that is also built by volunteers. Anyone can submit an improvement for review and see it in the next release. If you have an idea for an awesome improvement but you’re not sure how to handle the technical aspects, that’s where the Sprint comes in! It is a chance for volunteers to get together in a single location and work on the NPSP.

After intense sticky note organizing, we narrowed our scope to five categories:

A self assessment checklist, a tool that will evaluate your system and identify possible red flags for upgrade, and a month long campaign of upgrade advice from the experts on the Power of Us Hub were a few ways discussed to ease and encourage updating.

I was part of a project to build a tool to automatically create a Campaign Member whenever a new Donation is created. This will also work with the data import tool built into the NPSP.

The last programming project was to make the NPSP household edit page compatible with Salesforce Lightning so that NPSP will be ready to switch to the new Lightning Experience the moment you are.

Foreign language support.  The goal is to make all text in the NPSP work with the built in Salesforce language tools so that it can automatically adapt to whatever language a user is set to.

Account to Account affiliations.  Functionally this is planned to work very similar to the existing relationship object that exists to link two Contacts except for Accounts, with automatic reciprocal affiliations and everything.

Well, that’s it in a nutshell.  I find it hard to describe the creative energy that a room full of enthusiastic, intelligent volunteers put out.  If you have an opportunity to attend a NPSP Sprint, I recommend it, however, I will say that the group was already quite large and these things work best in smaller groups so maybe it’s time for us to start having multiple local sprints.  Regardless of where you’re located chances are there’s a decently sized nonprofit community near you, why not gather them all up and have an NPSP day? It could be coordinated via the Power of Us Hub and multiple communities all over the country could participate.  It wouldn’t even have to be about improving the NPSP, it could also be just as much about support for the NPSP community because after all, you’re the most important part. 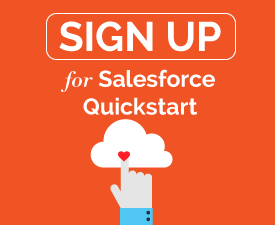